For hundreds of years archaeologists and historians have been debating the old legend of a lost city.

Modern day prophet Edgar Cayce foresaw when and where it would be found.

"The position as the continent Atlantis occupied, is that as between the Gulf of Mexico on the one hand--and the Mediterranean upon the other.  There are some protruding portions within this that must have at one time or another been a portion of this great continent.  The British West Indies or the Bahamas, and a portion of same that may be seen in the present--if the geological survey would be made in some of these--especially, or notably, in Bimini and in the Gulf Stream through this vicinity, these may even yet be determined."  Edgar Cayce 364-3

The Bimini Islands are located between Nassau and Florida (above).

The Gulf Stream flows north through Bimini and circumnavigates most of the area where Cayce sited the continent.  He also stated that it covered the greatest area prior to 50,700 BC when the first destructive flood occurred fracturing the land mass into 5 islands, the three largest being Poseidia, Aryan and Og.  Another such flood occurred in 28,000 BC reducing the areas further and the final catastrophic flood, and extinction, occurred in 10,014 BC.

The Bimini Islands are also found close to one corner of the Bermuda Triangle. Two aircraft, which are known to have been lost within this triangle, have been located during the course of the Association for Research and Enlightenment's (ARE's) search for Atlantis.

"Poseidia will be among the first portions of Atlantis to rise again. Expect it in sixty-eight and sixty-nine. British West Indies or Bahamas."  Edgar Cayce 958-3

The ARE's Chronology of Bimini Area Exploration 1968 until 2003

Archaeological Ruins near Bimini and the related article by Dr. Greg Little

In September of 1968 an archaeologist and honorary curator of the Museum of Science in Miami, Dr J. Manson Valentine, discovered a geometrical structure lying in 23 feet of water off North Bimini.  This 1900 ft. long J-shaped stone formation was determined to be an ancient breakwater and harbor which has become known as 'Bimini Road'.

An Artist's conception of how the Bimini Road harbor may have once appeared.

Doctor Valentine found Bimini Road in 23 ft of water and more recent reports site it as being in 15 ft of water.  Many others have noted that it is evidently, quite literally rising.  Researchers during Cayce's day noted that the Bimini is elastic with areas rising and falling.

In 1975, the explorer Dr David Zink discovered an unusual fragment of worked stone lodged in the Bimini Road; a block of tongue-and-groove masonry. One edge of the man-made fragment is semi-cylindrical and the other is rectangular. The remnant is hard but was evidently never fired, so it cannot be dated by thermoluminescence, and no archaeologist or architect can identify its origin.

A few skeptics have made the assertion that it is a natural massive formation of fractured beach rock  They stated that:

1. No slabs of stone are found sitting squarely atop one another.  Research in 2005, by Dr. Greg Little, proved this untrue.  Numerous huge slabs placed squarely into multiple tiers were sited and photographed

2. There are no tool marks on the stones.  Research by archeologist Bill Donato proved this untrue.  There are a number of mortise stones found at the site. 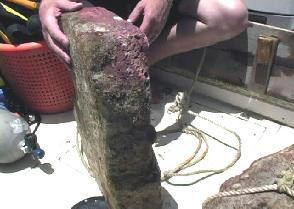 Support stone removed from beneath a large block of the Bimini Road.

3. There are no prop, or leveling, stones or blocks under any or the slabs. Research in 2005 and 2006 proved this untrue.  Under the watchful scrutiny of an NBC News film crew Dr. Little removed removed several such stones and later brought them to the surface for examination.

A wedge stone removed from under a large block of the Bimini Road.

4. The block cores show that they are from one contiguous stone formation.  An examination of the documents shows that this was a deliberate falsification.  In fact the actual initial report stated that there were great differences between the cores of the component stones of Bimini Road.

5. That all the Bimini Road stones were beachrock, a naturally developing coarse limestone. This has subsequently been proven untrue by a number of researchers.  Many of the stones are not beachrock.  Moreover beachrock was the most common construction material used in ancient Metiterranean harbours.

Recent research has conclusively shown that the Bimini Road is actually the remains of an ancient harbor with the stone formation serving as a breakwater and quay. The discovery of dozens of stone anchors there, with unmistakable rope grooves on them, has verified that there were ancient harbor formations in use at this site

A 2006 hurricane cleared the sand away and exposed another harbor site about a mile from the Bimini Road. Constructed of piled stone blocks it appeared to have a number of "columns" on its surface and was dubbed "Paradise Point Pier". 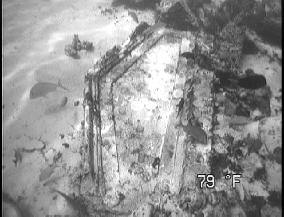 In 2007, in an area about 7-miles north of Bimini, under sand and debris, are found some interesting stone blocks including the above triangular, well-polished stone slab which appears to be the apex at of a roof on a temple. It's about 7-feet long and, embedded in sand, its thickness is at least three feet thick.  Several small pieces from the edge of this apex were removed and brought to the surface. It's white marble that gleams like quartz in the sun.

The enigmatic formation, shaped like the cursive letter e, was first reported by Russian oceanographer Demetri Rebikoff in 1969.

Also, in 2007, the a resident of Andros Island disclosed to an expedition the existence of an underwater wall about 7 miles North of Andros near a small chain of islands called Joulters Cays.  There has been no habitation of any significant scale in this area in recorded history.  The water, in the approach to the wall, is shallow and it must be raced to, at high tide, in a boat able to navigate through one foot of water. The resident stated that she seen the wall twice in 1990.  The first time it was intact and part of it was above the water.  The second time was later that same year after a severe hurricane had destroyed most of it and the shoreline.

The wall is found in a small narrow bay between two islands.  The water is from 3 to 7 feet deep depending on the tide and sharks come in at high tide.  It extends away from the islands diagonally.

The wall is composed of limestone blocks that vary in length from 3 to 6 feet.  The have a width of 2 to 3 feet and are 6 inches to 3 feet thick.  There are also some smaller cubed stones, about a foot square, among the others. A fairly intact section of the wall is found in about 6 feet of water and extends about 30 feet long..  The height of the wall is unknown as it's evident that there are more stones under the sand.  There are 2 to 3 layers of rock visible.  Rough tool marks are visible on many of the stones.

The Association for Research and Enlightenment (ARE)

"It would be well if this entity were to seek either of the three phases of the ways and means in which those records of the activities of individuals were preserved, - the one in the Atlantean land, that sank, which will rise and is rising again; another in the place of the records that leadeth from the Sphinx to the hall of records, in the Egyptian land; and another in the Aryan or Yucatan land, where the temple there is overshadowing same".  - Text of Edgar Cayce Reading 2012-1 M 26 (Physicist)

(Q) Give in detail what the (Sphinx-proximal) sealed room contains.

(A) A record of Atlantis from the beginnings of those periods when the Spirit took form or began the encasements in that land, and the developments of the peoples throughout their sojourn, with the record of the first destruction and the changes that took place in the land...This in position lies, as the sun rises from the waters, the line of the shadow (or light) falls between the paws of the Sphinx, that was later set as the sentiel or guard, and which may not be entered from the connecting chambers from the Sphinx's paw (right paw) until the time has been fulfilled when the changes must be active in the sphere of man's experience. Between, then, the Sphinx and the river. (378-16)

Much of the oceanic field exploration funded by the A.R.E. has been conducted by archeologist Dr. Greg Little. This article mentions Dr. Little's work near Cuba.

This artifact was found off the coast of Florida about 100 years ago. Auction houses weren’t able to figure out it’s value, University’s weren’t able to place it’s origin or decipher it’s markings. It found it’s way to a Museum in Kansas City where it spent most of it’s time in the basement unlabeled and uncategorized. When the museum closed it was given to a former employee who left it in his basement, only to be rediscovered by his son years later who took the above photograph. Is it possible that it once bore a flame kept alive (like that of the Godess Vesta) that extinguished it's own journey?

The bottom line on discovering Atantis may or may not be in accord, according to Edgar Cayce, with the opening of the halls of records, (in Egypt, the Yukotan, and Atlantis), which won't be opened until there is a breaking up of the selfish motives of humankind and there may be ample reason to believe that this hasn't happened yet.


"It will be necessary to wait until the full time has come for the breaking up of much that has been in the nature of selfish motives in the world.” Edgar Cayce 2329-3 39

The A.R.E.'s Search for Atlantis 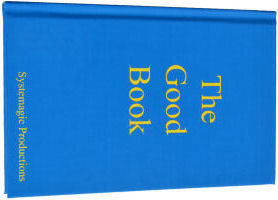 "There is no way to be pointed out save [except] the "I AM".